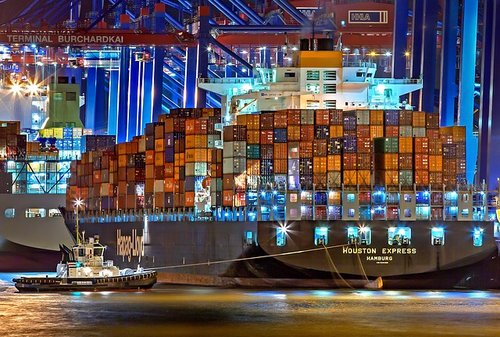 Shipping container homes have become quite the craze over the last few years and for good reason. There are plenty of reasons why they are good for both the occupant and the environment. Not to mention the overall cost of building one comes in at only a fraction of the price of the construction costs of a new typical house build.

The Amount Of Money You’ll Save

This has to be one of the biggest factors the directly benefits the owners of shipping container houses. The fact is that they are exceptional value for money when it comes to building them. The most obvious reason is the size of the dwelling. Yes they are only a faction of the size as a standard size house, usually only having one small bedroom or sleeping area and a combined living, dining and kitchen area. You can imagine this dramatically decreases the price.

Take for example some of the prices these people have built their container homes for. In Ireland the first legal shipping container home was finished in the Christmas of 2014. It cost when totally completed $60,000. Now this is by far not the cheapest shipping container house built but considering the average build of most houses in first world countries is significantly higher their definitely is a huge saving in construction.

If you think that isn’t cheap check out the price that Joseph Dupis spent on his small tidy home. From dirt to door knob his container dwelling cost only $20,000! Now that has to be one of the cheapest completed house builds you would have ever heard of.

One of the reasons it was so inexpensive is that he built most of the house himself working long hours over a time period of 3 months. Joseph stated that he was working up to 14 hours a day sometimes to get his place completed quickly.

Although he did have a slight advantage over most people as he was a young fit guy with an engineering background which helped him considerably.

Some pointers though is you are thinking of saving even more on the construction costs and getting down and dirty and physically building the shipping container house yourself you must have clear building plans/drawings. Also its important that you take care of your safety and put on the right protective construction clothing and workwear.

Living off the Grid – Your Own Power Source

Most people think of living off the grid as quite a strange concept and think for some reason it’s dangerous not to be connected to town water and electricity.

Nothing could be further from the truth. The truth is the power is actually more in your hands, if you set it up correctly.

Think about this, the town experiences a large storm and power lines in the area are down. Everyone who is attached to that grid has a power shortage. But what about the people who have solar power and generate their own power that also have power storage packs? Their power is unaffected. There’s other benefits to having your own power source too on your shipping container home too. Such as you are getting your power from the sun a natural resource that as long as it’s shining will provide you ultimately free energy. Unlike the people who are connected to the grid who have to pay the power companies.