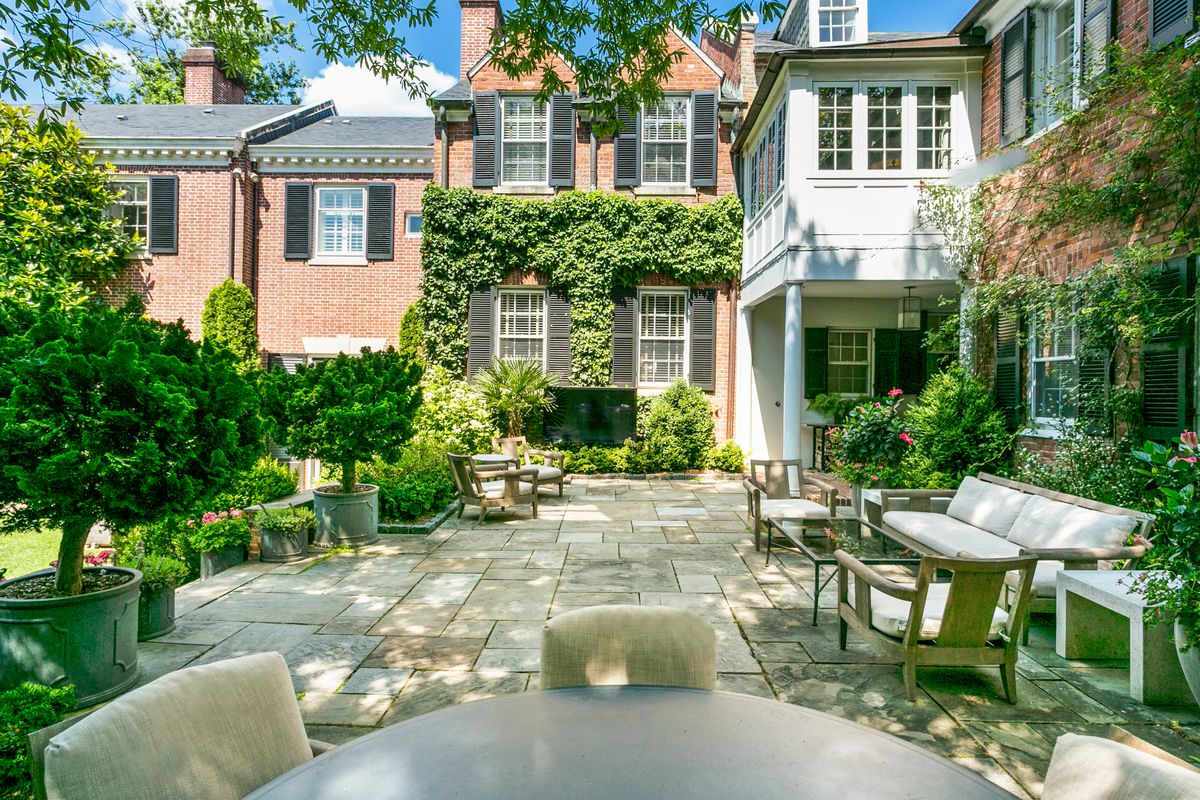 The founder and CEO of Under Armour, Kevin Plank, recently unloaded a gem of a property in Georgetown. His 12,000 square foot home sold for $17.25 million dollars which was, unfortunately, a bit below his original asking price of $29.5 million dollars back in 2018. Eventually, he lowered the price to $24.5 million before settling with buyers in June 2020. As one of the most expensive homes in the Washington, D.C. area, the property itself is a grand representation of the kind of wealth that Plank has amassed through the athletic company he created.

Under Armour Had Humble Beginnings

Under Armour is a brand that Kevin Plank created at the age of 24 in 1996. They are famous for creating a type of athletic apparel with a fabric of microfibers that keeps sweat and moisture away from an athlete’s body. Being cool and dry helps with overall athletic performance. Under Armour is now a major sports brand that brings in retail sales each year of $1.8 billion dollars.

That’s pretty impressive for Plank who started out as a football player for the University of Maryland. As their captain, he noticed that the compression shorts that players wore were the only fabric that kept moisture away from the body. That was when the idea for his company started to form.

After college with his own start-up funds, he created Under Armour with his first major sale going to Georgia Tech. From there the NFL caught wind of Plank’s revolutionary athletic material, and they quickly became a huge client that used his product.

Now the company has almost 6,000 employees and became a publicly-traded brand only ten years after its inception. By 2002, Under Armour was carried in over 2500 retail stores only to get bigger and better each year since.

With a net worth of $1.2 billion dollars, it’s no wonder that Plank has an impressive real estate portfolio. He shares his life with his wife of 17 years, Desiree Jacqueline Guerzon, and their two children, Kevin and Katherine.

Currently, they live in Lutherville, Maryland in a sprawling mansion that’s located in the Green Spring Valley area. They had plans to renovate that home, but those plans were put on hold due to zoning issues in 2018.

The couple is well aware of what it takes to renovate a large property. Their Georgetown mansion was a 200-year-old home that they put a ton of work into. Some of the things they added were a 22,000 lb staircase made entirely of marble, a wine and spirits cellar, and a finished basement with a full entertainment bar.

There are also other retail estate ventures that Plank is a part of. In 2007 he purchased Sagamore Farms in Baltimore County, Maryland to restore the farm creating a horse racing facility. His goal was to raise a horse that could eventually win the Triple Crown. The property was once owned by a member of the Vanderbilt family.

Another project that his real estate company, Sagamore Development, helmed was a $5.5 billion dollar redevelopment project in 2013 around the Port Covington area of Baltimore on 235 acres of property. This is a mix of upscale office spaces, parks, waterfront homes for sale, and retail stores. The location also includes a whiskey distillery that Plank founded, and a hotel called Sagamore Pendry Hotel all along the waterfront district.

Some of the major awards he has received for his work with Under Armour include being inducted into the Sporting Goods Industry Hall of Fame, Business Person of the Year for Fortune Magazine, and being on the list of Sports Illustrated’s “Most Powerful People In Sports.”

Charity is also a big part of Plank’s life. He recently gave $25 million dollars to his alma mater, the University of Maryland, to improve the athletics and academic complex. Public and Catholic schools in the Baltimore and Washington D.C. areas have also received considerable donations from his philanthropic organization.

Kevin Plank is obviously a busy man with a lot on his plate. Today he is still the Executive Chairman of Under Armour, after having stepped down as CEO in October of 2019. With the sale of his Georgetown home, it’s just another notch of success in his belt as an inspiring icon of American business.